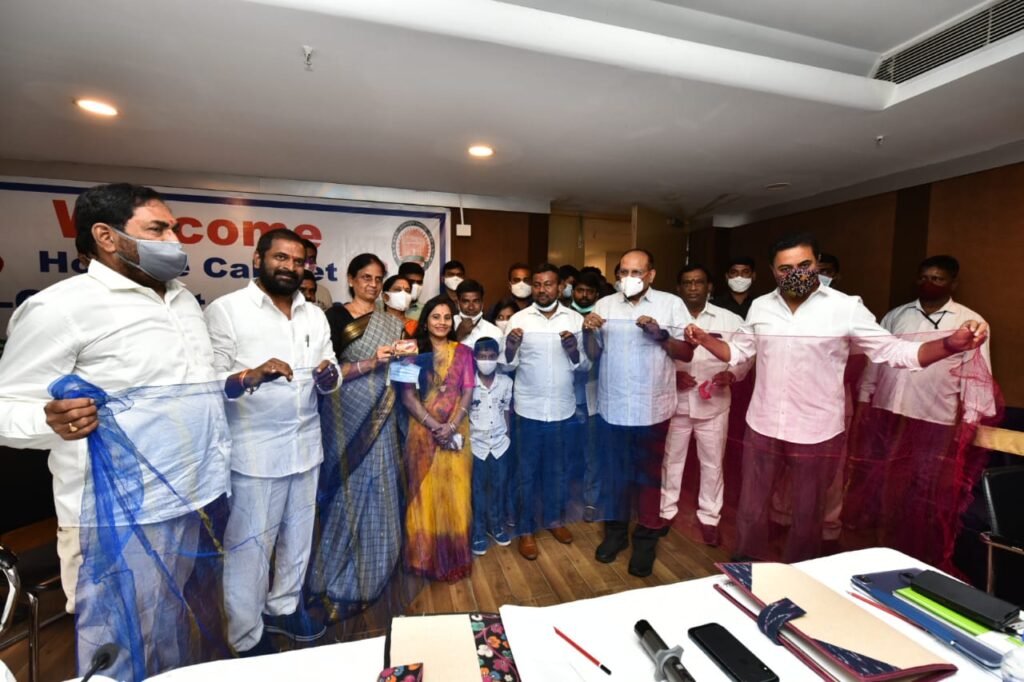 Several ministers, including state handloom and textile minister KTR, on Tuesday, congratulated Nalla Vijay, a young weaver from Sirisilla for weaving a Saree that fits into a matchbox.

Curious Mr KTR wondering at the excellent creation inquired about the weaving process and other details related to the excellent Saree woven by Vijay.  Minister Sabita Indra Reddy specially congratulated Vijay. The minister said they had heard about such a thing but for the first time there were witnessing now.

Mr Vijay then presented the Saree to Minister Sabita Indrareddy.

Mr KTR said the TRS government had already brought many changes in the weaving sector in Sircilla. Mr Vijay told the ministers that the Sircilla weavers were shifting to modern looms and methods.  He said the Saree he is currently woven was made on a modern loom and it takes two weeks to make it by hand (old handloom method).  Appreciating the weaver’s effort, the ministers assured him of their full support for his future endeavors.

Mr Vijay invited Minister KTR to inaugurate the unit, which he will soon launch. Ministers Errabelli Dayakar Rao and Srinivas Goud, Vijay’s family members, and others were present on the occasion.