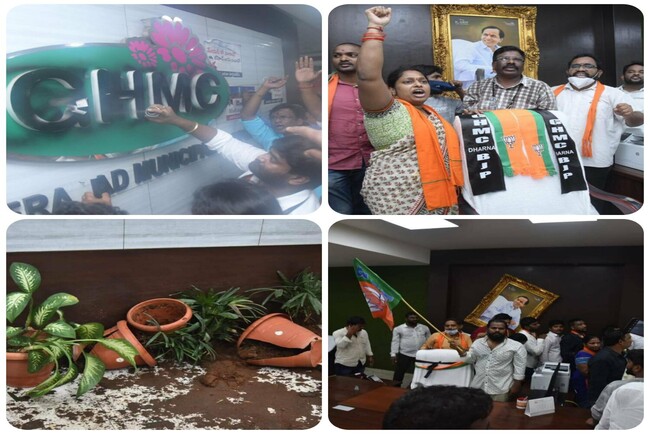 The BJP corporators went on rampage at GHMC office and Mayor’s chamber demanding council session as against the norms.
Their behavior came in for sharp criticism from all sections. The BJP corporators damaged flower pots and defaced office logo terrifying mayor G Vijayalaxmi and staff at the office last evening.
The TRS corporators said the BJP leaders behaved like anti social elements and with least respect to democratic values.
The Mayor condemning the incident said they cannot hold a session at present in view of MLC election code as demanded by BJP. The GHMC administration has been attending to every plea by BJP corporators as and when asked for.
Meanwhile, Municipal Administration minister Mr K T Rama Rao condemned the behavior of BJP corporators and said it only reflected their culture. It was unfortunate that they came to protest but raided the office like hooligans.