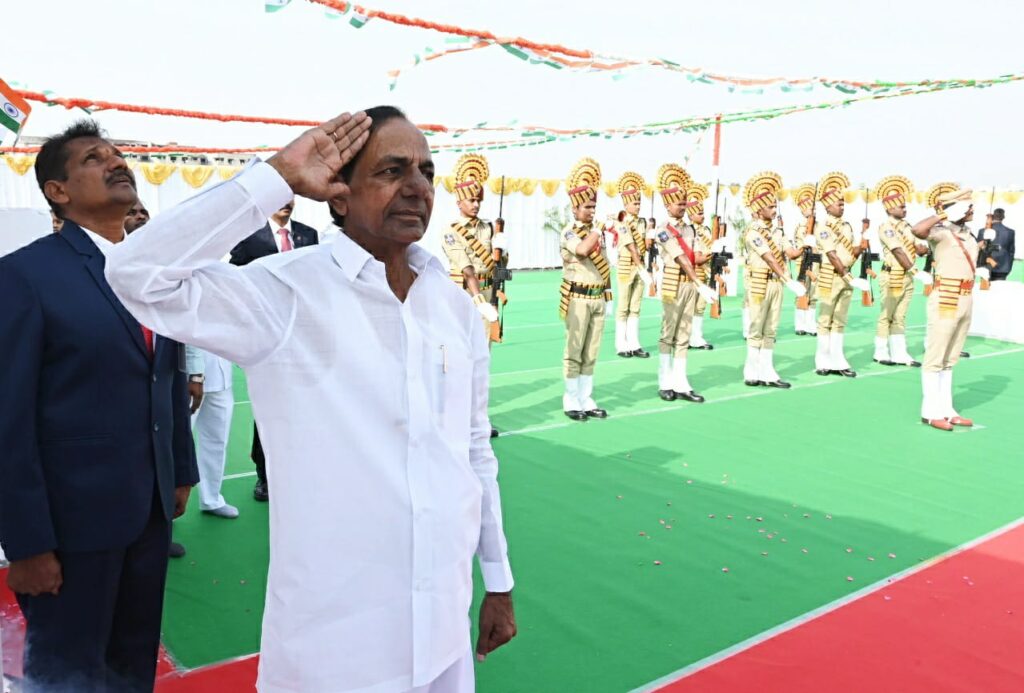 Taking part in Telangana state formation day, CM Mr KCR said the state registered an average of 17.34 percent economic growth from. 2014 to 2019 and stood first in the country.
Addressing the gathering at hoisting the national flag at public gardens, he said the reigning TRS government achieved many things in the last eight that the state could not do in the last 75 years.
Per Capita income, GSDP, power supply, irrigation IT sector have all witnessed good growth in the country compared to other states, Mr KCR said.
The GSDP that was Rs 5,05,849 in 2013-2014 is now Rs 11,54,860.
Mr KCR said the Telangana state could handle the corona pandemic effectively and recovered sooner than other states.
The chief minister listed out the development and welfare initiatives of the Telangana government taken during the past eight years.