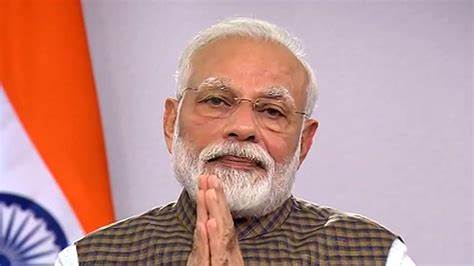 A day before the arrival Prime Minister Mr Modi, the people of Telangana sought answers to their questions.
The seek to know from him why he spoke against formation of Telangana in Parliament, why he denied a single Navodaya school, why he denied turmeric board, why the the BJP government canceled ITIR project to Hyderabad city, when would he give back the seven mandals merged with Andhra Pradesh without consent of Telangana government among others.
The central BJP leaders are coming as if they are invading the Telangana eyeing power in next elections. But they did not give any project so far and all the pleas by the TRS government were thrown in the dustbin with little regard.
The local BJP leaders who claim to be coming to power in Telangana in next general elections failed to keep their flock together and several elected corporators joined the ruling TRS party in the presence of TRS working president Mr KTR yesterday.
It is time for the BJP leaders to stop talking loud and restrain from spreading false propaganda.
On the bye bye Modi campaign, the TRS leaders and general public of Telangana justified their contention as Mr Modi failed to deliver any promise to the state.
Under Modi’s regime, the country witnessed the highest unemployment rate, highest inflation and highest cooking gas price. Since he failed to manage the country better, he quit his post. Hence the bye bye Modi campaign.
He is also responsible for toppling elected governments in eight states making mockery of democracy, Telangana people point out.