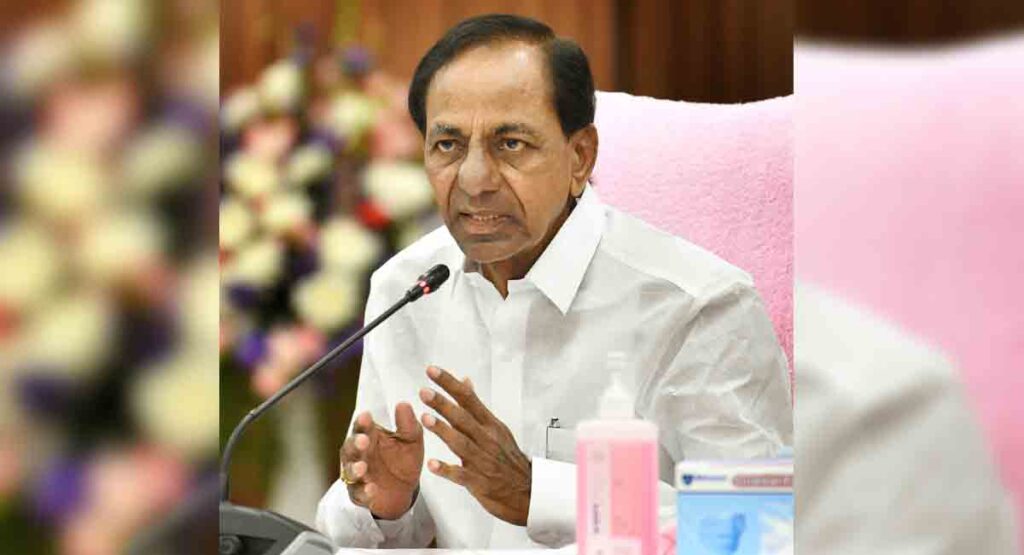 Expressing his happiness over the recently announced awards by the centre where Telangana topped the list of states in the country, Chief Minister Mr KCR has said the programmes such as Pattana Pragathi and Palle Pragathi in self-rule of Telangana brought about a qualitative change.

The CM said with focus on integrated development of cities and other programmes such as Haritha Haram and making the villages self-reliant gave good results in Telangana state.

Increasing green cover, sanitation drives, making villages free of open Defecation, and equipping gram panchayats with funds and necessary staff all resulted in excellent development both in rural and urban areas. The awards ranking the Telangana state at the top place speaks for the good work carried out by the Telangana government. The officials and elected public representatives must carry the same spirit adopting the state government’s goals.

Earlier the Municipal administration minister Mr KTR said the awards speak volumes about the good work being done by the state government. He said the reform in municipal laws and programmes like Haritha Haram, Palle Pragathi, Pattana Pragathi and others introduced by the visionary chief minister Mr KCR made the state proud.