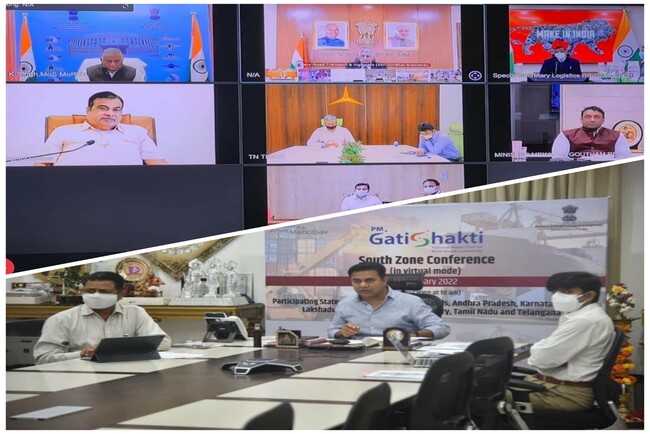 Apprising Mr Gadkari of achievements made by the Telangana state in the areas of Manufacturing, Pharmaceuticals, Handlooms & Textiles, Power, Coal and other sectors, he highlighted that 35% of global vaccine production takes place in Hyderabad.

“Telangana, the youngest State in the Country, is blessed with natural advantages in geographical resources, a world-class skill base, existing manufacturing practices and expertise, that have opened new opportunities for investments,” said KTR.

He lamented that despite being a better performing state, the Telangana state is not getting enough incentives and new projects from the Central government.

The Industries Minister Mr Rama Rao once again made a strong pitch for a defence corridor for Telangana. He said that the State is a major hub for defence institutions such as DRDO, DRDL, DMRL, RSI, ANURAG, and in the recent past, many private defence companies have made Hyderabad a base.

Minister Rao said Telangana is a landlocked state which is considered by few businesses as a hindrance for the free movement of goods. He highlighted the need for providing an exclusive cargo rail network to different ports with increased frequency. If additional financial incentives are sanctioned for the creation of logistic infrastructure, the State will set up dry ports, integrated and multi-model logistics parks, he said.