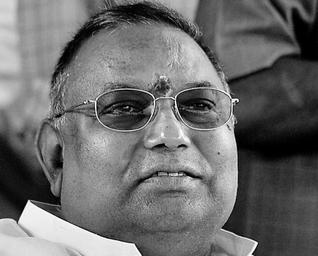 The common thing among all the politicians and businessmen who run the anti-Telangana movement is that they are neck deep in corruption. The sheer magnitude of the corruption of these guys in unparalleled in India.

No wonder then that every politician who opposes Telangana is worth thousands of crores.

Let us now look at the ‘glorious’ history of another Seemandhra leader – Rayapati Sambashiva Rao. His original business was Tobacco trading. His company Jayalakshmi Exports , used to export Tobacco to China.

With an intention to make quick buck, Rayapati’s company started bribing some Chinese officials and exported sub-standard Tobacco. The Chinese government got suspicious after it received complaints from several customers about sub-standard cigarettes being manufactured in the country.

On inquiry, the Chinese government officers were shocked to find dead snakes and raw cotton fiber in the Tobacco containers that came in from Jayalakshmi Exports and 4 other Tobacco export firms in Guntur.

Chinese government immediately arrested all officials connected with the import of sub-standard tobacco into the country. Some of these guys were summarily executed:

Emboldened by this support, Rayapati repeated a strategy – this time the country effected was Iraq.

Again, the Congress government did not take any action on this corrupt politician.

So, this is the history of one of our Seemandhra leaders who run the anti-Telangana movement