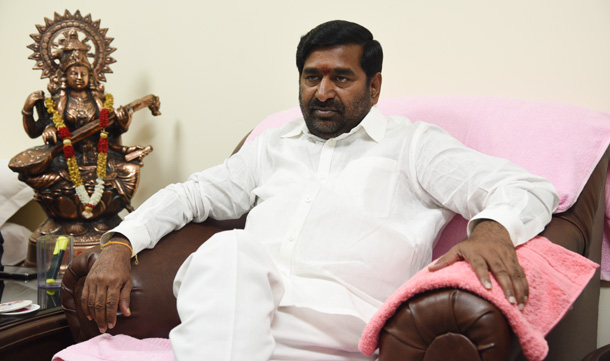 There are no groups in the ruling TRS party as being claimed by Opposition parties. There is no place for discontent among the contenders, said Energy minister G Jagadish Reddy.

The TRS president and chief minister K Chandrasekhar Rao will have the final say in the selection of the candidate for Mugugode by-election by taking all aspects into consideration. All others should work for the victory of the party.

The BJP and other parties were trying to malign the TRS party by spreading rumours that the ruling party leaders were divided.

The minister held talks with all leaders of the TRS party individually and took their feedback. He made it clear that all the party leaders and cadre should work for the victory of the party irrespective of the candidate. The candidate will be selected by Mr KCR finally.

Mr Jagadish Reddy said the party leadership is considering various names for the Munugode Assembly by-election. Anyone may get the chance to contest and none should harbour any ill feelings. Every leader will get an opportunity at the appropriate time, he said.

It was in the Congress party, there was uncertainty over the candidate. The leaders were coming out openly defying the discipline and party high command. Each one is claiming their stake for the ticket to contest in Munugode Assembly by-election.

The Congress party leadership is also holding hectic consultations with various leaders hoping for ticket, however, there is no clarity to date.

Meanwhile, the BJP though likely to field Mr K Rajagopal Reddy, the sitting MLA from the seat who resigned to join the BJP. He is yet to formally join the party. Going by the reports, there was some sense of fear among the BJP leaders lurking over the chances of winning as the party does not have a ground-level cadre.

The contest is likely to be between Congress and the ruling TRS party.