Mahindra rolls-out 300,000th Telangana-made tractor from its facility in Zaheerabad. 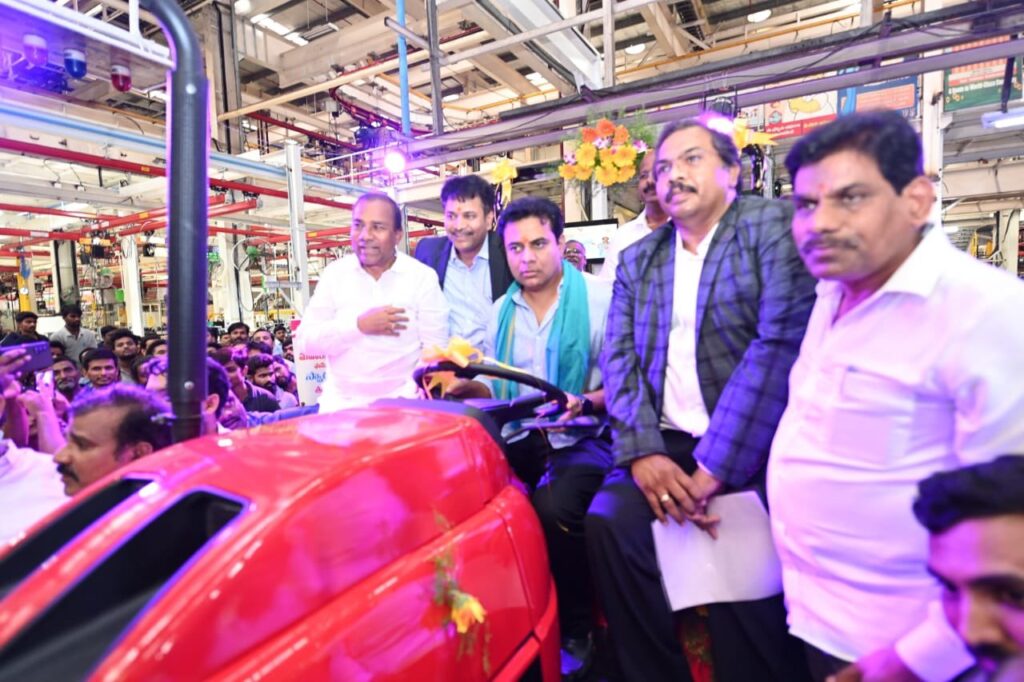 Speaking on the occasion, Shri KT Rama Rao, Hon’ble Minister for IT, Industries, MA & UD, Government of Telangana said, “The Government of Telangana is very proud of what the Mahindra group has been able to achieve in the state, through the roll-out of its 300,000 Telangana-made tractors. With Mahindra’s large presence in Zaheerabad, the company’s manufacturing facility has provided opportunities to thousands, in not only making products for the domestic market, but also position Telangana as one of the largest tractor export hubs, based on Mahindra’s world-class manufacturing facilities. As we move along, we look forward to Mahindra’s next milestone in tractor production in the next few years.”

Commenting on the milestone, Hemant Sikka, President – Farm Equipment Sector, Mahindra & Mahindra Ltd. said, “Rolling-out out our 300,000th Telangana-made tractor from our Zaheerabad facility, is a significant milestone for all of us at Mahindra, and for the state of Telangana. Besides being a hub to for wide range of products for the Indian market, the plant also caters to over 60 markets, including advanced markets of U.S., Japan and Europe. In line with the agri agenda of Telangana, we thank our colleagues in Telangana and the state government in helping us achieve this feat. We will soon roll-out our new light-weight K2 tractor series from our Zaheerabad facility.

Established in 2012, Zaheerabad is Mahindra’s youngest and largest tractor manufacturing plant in terms of capacity. It is the only tractor manufacturer in the state of Telangana and has invested close to Rs. 1,087 crores at its facility in Zaheerabad. The unit employs over 1,500 workers, with a capacity of over 1,00,000 tractors per year on a 2-shift basis.

With the flexibility to roll-out over 330 different tractor variants ranging from 30 to 100 HP, Mahindra’s Zaheerabad plant has adopted TPM (Total Productive Maintenance) since inception and exports to over 60 global markets, with the U.S. being a key export market.

Earlier in 2020, Mahindra announced that it will manufacture a new tractor series called the ‘K2’, exclusively at the company’s tractor manufacturing facility at Zaheerabad, a light-weight tractor program, developed through close collaboration with Mitsubishi Mahindra Agricultural Machinery of Japan. Developed for both domestic and international markets, including USA, Japan, and Southeast Asia, the new series will enable Mahindra to introduce products across various HP points.

Besides manufacturing farm equipment, Mahindra’s Automotive Division also manufactures a wide range of cargo and passenger vehicles at the Zaheerabad plant, giving Mahindra a significant presence in the state.