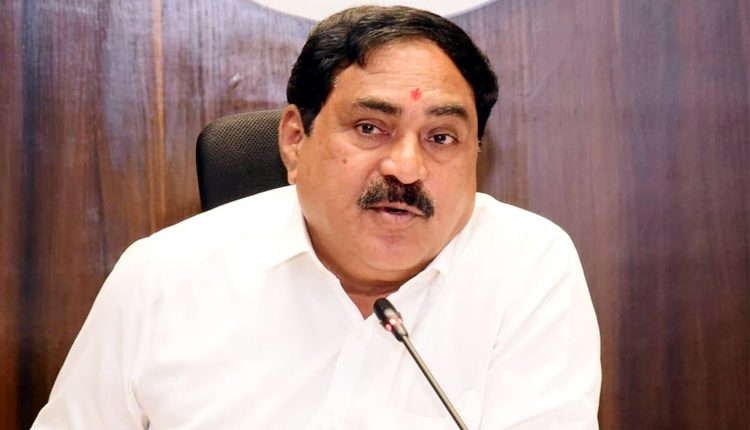 It is due to letters written by local BJP MPs picturing Telangana in bad condition, the centre did not release Rs 1400 crores bills under MNREGS.
The PR minister Mr Errabelli Dayakar Rao taking part in Palle Pragathi in Nizamabad said, the BJP leaders are out to destroy the progressing state of Telangana.
The BJP state president Bandi Sanjay as inefficient who could not even get a medical college for his own district from the centre. But his only duty is to rebuke the TRS government and give hate speeches.
Mr Rao described MP Mr Aravind as a mental case who is hiding from people after failing to bring turmeric board promising on a bond paper.
Referring to the Governor conducting praja durbar Mr Dayakar Rao said they have no issues with the Governor but their only complaint was BJP using the Governor office for politics.
He said when the Governor misused his power with the then chief minister Mr NT Rama Rao, people revolted. The same will happen if the BJP used the Governor office as the people of Telangana are behind the chief minister Mr K Chandrasekhara Rao.
He said BJP leader Mr Laxman was not given Rajya Sabha seat just like that for fear of the growing popularity of TRS.
Mr Dayakar Rao said if Telangana was copying BJP’s schemes, why are they not being implemented in BJP ruled states? he sought to know. The BJP leaders should be ashamed of making such claims.