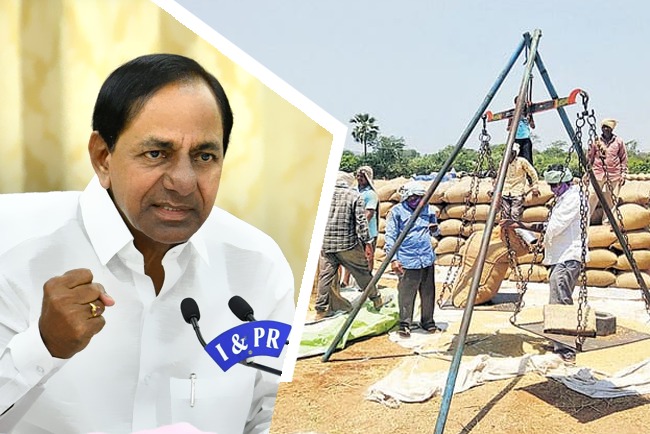 The TRS government has announced the much-awaited good news to the farming community promising to buy the entire paddy once again despite the Central Government refusing to do so.

None other than Chief Minister K. Chandrasekhar Rao himself announced that the state government would procure 135 lakh tones of paddy and deposit money directly into the accounts of respective farmers. A monitoring cell and a complaint number were set up for the purpose to complete the procurement process hassle-free for farmers in Telangana state.

It may be noted that the state government had procured 111.26 lakh tones of paddy of both rainy and summer seasons and paid Rs 20,384 crore to the farmers in 2019-2020. Once again this year, the government targets to procure 141.18 lakh tones of paddy worth Rs 26,630 crore for 2020-2021. It was reported that the Chief Minister KCR instructed the officials to procure every grain and not to let down the beleaguered farmers in the lurch. Orders were reportedly issued in this connection and as was done last year, it was decided to procure paddy directly from the farmers in their respective villages and also not to give paddy to default millers this time.