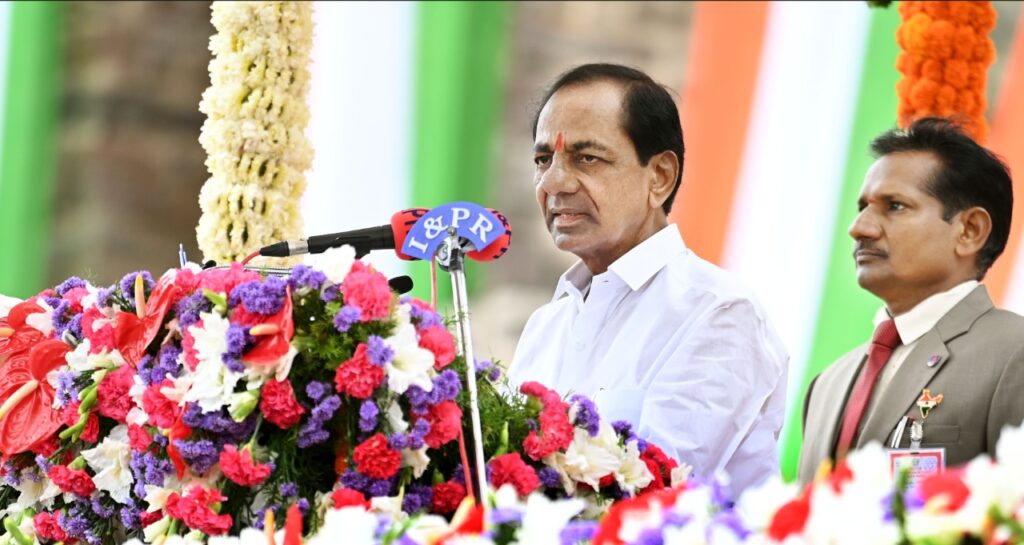 With the talk of Telangana CM Mr KCR planning to launch a national party, the whole of the country is looking up to his next move.

On Sunday, the former chief minister of Karnataka Mr Kumara Swamy visited Hyderabad and closeted with Mr KCR for over three hours. They reportedly discussed building an alternative political force against BJP. They were keen on unseating the BJP as it had become a demon for the people and the country’s future.

Mr KCR has been touring to different states holding talks with the regional party leaders on the issue while planning to launch a national political party. It has to be seen whether the new front of all parties comes up or Mr KCR will launch his own party.

Meanwhile, the party cadre in Telangana is seen as very happy with the development and encouraging Mr KCR to take a jump into national politics.

Mr KCR held talks with the CMs – Nitish Kumar of Bihar, Mamatha Benarjee of West Bengal, MK Stalin of Tamil Nadu, Aravind Kejriwal of New Delhi, and others. The time is not yet ripe to indicate the outcome of such frequent meetings. It might take some more time to show up the outcome.

However, Mr KCR seems to be determined to go ahead with his plans come what may going by the statements of his party leaders.

According to MLC Palla Rajeswar Reddy, the chief minister MR KCR will spell out the party agenda, and flag designation among other issues. He is likely to come up with more practical welfare programmes that are most acceptable to the people of the country such as free power to farmers and others.