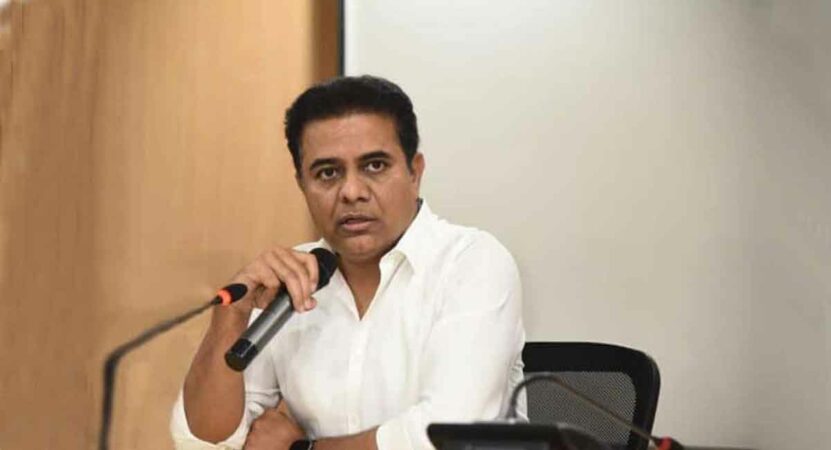 Annoyed by the arrogance of Union Finance Minister Ms Niramala Sitaraman demanding that the photo of Mr Modi be put up at all ration shops in Telangana, Mr K T Rama Rao came up with a tit-for-tat at her. For every rupee being contributed to the Centre by the Telangana government by way of taxes, in return, it is getting a pittance of just 46 paise. When the money from Telangana is spent in BJP-ruled states, it is proper to put up `Thanks to Telangana’ at all ration shops in those states, Mr Rama Rao said in his Twitter message.

The IT minister shared the facts and figures of contributions made by Telangana state and what it received from the Centre. According to him, from 2014 to till date, the Telangana government contributed Rs 3,65,797 crore but what it got from Centre is only Rs 1,68,647 crore. The Centre retained Rs 1,97,150 crore, he pointed out.

It may be noted that Ms Nirmala Sitaraman who went on a visit to the erstwhile Nizamabad district exhibited her arrogance during her interaction with the district collector and general public. The video went viral on social media and scores of netizens resented her conduct.