Dalit Bandhu lights up many lives in Telangana. 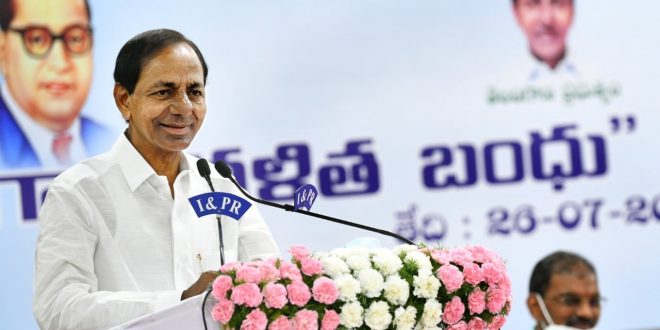 It was one year ago, the chief minister Mr KCR visited Vasalamarri village in Bhuvanagiri district on August 4. Adopting that village, he announced the Dalit Bandhu on August 5.

The scheme envisages the provision of Rs 10 lakh cash to each dalit family to help them to start their own enterprise or buy an asset that gives them recurring earnings. There is no bank guarantee or any hassle.

According to SC welfare minister Mr Koppula Eswar, to date, a total of 38,640 beneficiaries were identified and 36,381 beneficiaries got the cash assistance. A total of 30,498 units were grounded.

Immediately after the announcement of the scheme, the chief minister Mr KCR released Rs 7.6 crore and 76 families in Vasalamarri got the benefit of the pilot project.

Minister Mr Eswar said to date money was deposited into the accounts of 34,678 beneficiaries. “They used to work as labourers in agriculture fields and elsewhere. Now all the beneficiaries became proud owners of some or other property,” he said.

SC corporation chairman Banda Srinivas advised the beneficiaries to utilise the scheme wisely and come out of poverty.

One Dubbasi Praveen of Vasalamarri said he used to work in the construction sector. Now he purchased a truck with Dalit Bandhu money and became an owner.

Chief minister Mr KCR has reiterated several times that Dalit Bandhu scheme would go on till it covered the last Dalit family. They should utilise the money and double their income within one year, he wished.