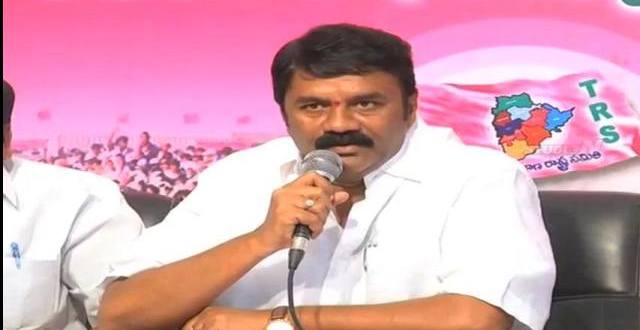 The animal Husbandry minister Mr T Srinivas Yadav lashed out at the BJP and said where Mr Modi and Amith Shah want to take the country.
He seriously objected to unilateral policies of BJP. He accused the party of diluting all constitutional agencies for political mileage.
Mr Yadav said the BJP has no moral right to criticise the TRS government.
He strongly objected to games being played to topple the government in Maharashtra.
The BJP also created unrest among youth over army recruitment and humiliated them stating that it will train them in barber, Washerman trades.
The minister said since independence many governments have come and gone. The BJP should remember power is not permanent.
The politics being adopted by the BJP are too cheap.
Referring to claims of BJP leaders that several TRS leaders are in touch with BJP as it is coming to power in Telangana, Mr Yadav said let the BJP leaders come here and TRS leaders will teach a lesson. This is not Karnataka, Maharashtra or Goa where they can play cheap tricks here, he said.
Refusing to comment on several other controversies, the minister said the BJP took back the country with its ideology and policies and it is time to unseat it for the good of the people.