Telangana to get a Smart Water-Grid

IT and Panchayat Raj Minister KT Rama Rao formally did the ground-breaking ceremony for the Pylon of Water Grid at Munugode in Nalgonda district. By starting the Water Grid works from the flouride effected Nalgonda, TRS government intends to send a strong signal on its commitment to eradicate the decades old problem. 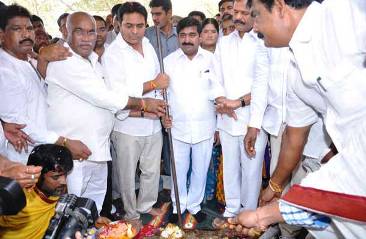 The state government will be using latest technology for the proposed Water Grid project.

Advanced Light Detection and Ranging (LIDAR) technology would be utilized for a detailed survey of the Water Grid. Lightweight aircrafts will be engaged for aerial survey.

IT and Panchayat Raj Minister KT Rama Rao informed the media that the Telangana state government will also use hydraulic modelling software for determining the size of water pipelines, pumping capacity and height to which water would be pumped. Along with this, software tools like surge analysis and smart flow would be used to resolve any problems that arise in distribution of water.