Jonna rotte, Telangana kodi roast, and Uragai mamsam. If you’re unsure of what these are, they are traditionally cooked dishes from the Telangana region. To get a taste of authentic Telangana cuisine, ITC Kakatiya will serve a buffet at Deccan Pavilion from August 21 – 30.

Telangana food has similarities with Andhra and Rayalaseema food, and it becomes difficult to set the two apart. However, what makes the Telangana dishes stand out is the use of millets, which are a staple paired with a variety of spicy curries (kooralu). The Telangana cuisine is mostly unheard of and is characteristically rustic with its earthy flavours.

Unlike the Andhra cuisine, which is remembered for its spicy tones which dance on the palate, food from the heart of the Deccan Plateau is a harmonious combination that uses chillies as well as masalas in equal proportions. Master Chef Sakala Sankara spearheads this revival of traditional food from the region.

Having starting his culinary career in 1989, Chef Sankara constantly travels across the Telugu states in search of original delicacies from different regions. It was during one his interactions with a Telangana family that he decided to introduce the simple dishes in a restaurant-quality platform. Delving deep into the classic recipes, Chef Sankara created a range of dishes.

The dishes served at the buffet are typically from Khammam and Warangal regions, using chillies from those regions. Some of the dishes that will be served in the buffet include – Jonna rotte, an Indian bread made of jowar; Oorru Kodi Pulusu made with country chicken; Sarva pindi (spicy pancake, with rice flour, channa dal, chilies and sesame seeds); Arattikaya Pulusu (raw banana dish); and Pharda pheni (sugar-coated crispy wafer).

“I always questioned why we make dishes for example dal only a particular way, and wished to explore the use of other pulses,” says Chef Sankara, who is from the Rayalaseema region. His background and inspiration from his mother and grandmother led him to his passion for food. 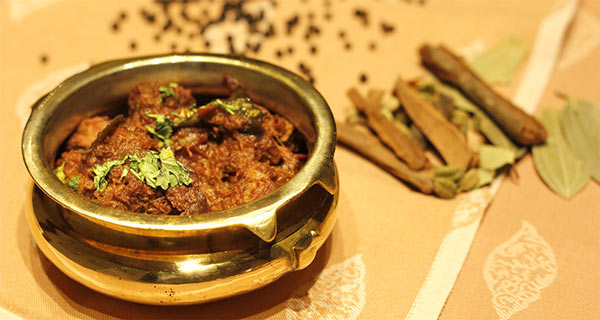 At a time when diets of all kinds are rife and it becomes is tough to say which diet is sure to help, we are soon beginning to discover that traditional Indian food is one of the healthiest options out there. “We are advised to avoid the ‘white devils’ like refined flour, salt, sugar, butter to maintain health, and these dishes ensure that you avoid those so are very healthy,” says Paul Noronha, executive chef, ITC Kakatiya.

Dishes like ragi sangati (made with finger millet), ulava charu (soup made with horse gram), Telangana kodi roast (with country chicken), boti gongura, kalagura (which is the Telangana version of the Andhra dabbalam) are all exclusive to the Telangana and its surrounding regions, and are packed with flavour and make use of the most nutritious millets.

Millets like jowar (sorghum), ragi (finger millet), sajjalu/bajra (pearl millet) and korralu (foxtail millet) are highly nutritious options used majorly in Telangana, when compared to white rice used in Andhra regions. At a time when foodies are willing to go to any distances to the best tasting foods, it is time to come closer to home in Hyderabad to taste these highly appetizing dishes from Telangana.