FirstBuild to open its center in Telangana

Telangana has been the preferred global destination for any company in recent times. The latest one being GE Appliance’s FirstBuild.

The Company has signed an agreement with the Government of Telangana and T-Works to establish FirstBuild India at T-Works. The MoU was signed in the presence of Minister KT Rama Rao & Melanie Cook, Chief Operating Officer at Camp Office on September 11, 2018.

This is in continuation of the agreement signed in December last year where both sides created a task force to work out the details.

This marks the beginning of a new partnership between T-Works, India’s largest prototyping center and makes space, and FirstBuild, a global co-creating community backed by GE Appliances, a Haier company. 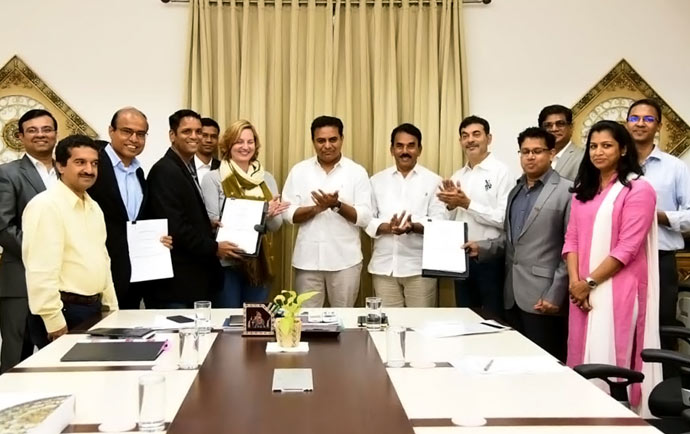 FirstBuild has already engaged thousands of makers to invent a new world of appliances. The new location in India further strengthens the FirstBuild community by creating a place for the country’s designers, engineers and innovators to develop working prototypes, measure market feasibility, and then build and deliver innovations for the home.

“FirstBuild entities have harnessed community insights and the power of the maker movement to change how products come to market around the world,” Cook said. “The new creative center is one of a kind in the Hyderabad region where budding creators will find an open community focused on building a new generation of appliances that transform the home. As the country’s largest maker space, T-Works is the ideal location for FirstBuild India to begin its journey.”

The FirstBuild location in India joins other maker spaces in Louisville, Kentucky, which opened in 2014, and in Shanghai, China, which opened in 2017. All locations share a mission to create a socially engaged community of home enthusiasts focused on the next great idea. By letting the community influence the product from the very beginning, FirstBuild quickly delivers products that consumers want.